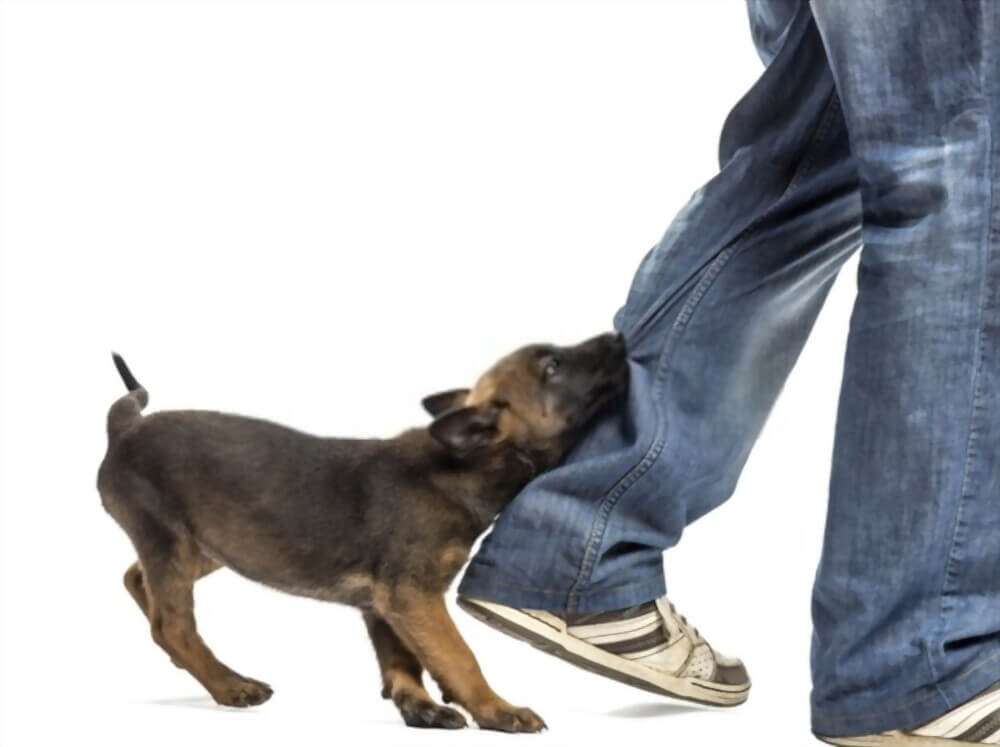 The dog bites for several reasons. How to recognize them and how to behave.

The dog bites for several reasons. How to recognize them and how to behave

The aggressiveness of the dog is triggered by several factors. Often, the dog reacts instinctively to a threat, out of defense or fear.

The puppy goes through some stages in development so it tends to nibble to discover the world and objects or during the game phase. Even the adult dog may nibble its owner. Even more energetically during play. However, it is important to correct certain behaviors from the beginning.

There are several situations in which the dog bites: for defense, territoriality, predation, dominance, or possessiveness.

Before biting the dog, it sends out rather explicit signals that can be recognized.

The dog threatens the person in front of him, growls, raises his hair, brings his body forward, has his gaze fixed, and raises his lips, showing his teeth. When it bites, it hardly let’s go. At a later stage, he licks the part he bit.

Even if the dog bit is a simple game, the owner must not accept it. Otherwise, he submits to the dog and risks losing control over the animal.

Punishing the dog that bites

The master’s reaction must be decisive. Show the animal to be “offended”, also in an expressive way with the face. Stop playing and walk away from the dog. From that moment, avoid contact with the animal’s mouth and punish it by sending the dog to the kennel with a command. At this stage, it is essential to reject any attempt at pacification, avoiding any contact with the dog.

Under no circumstances should the dog be jerked or, in no case, the owner should raise his voice. This reaction could feel the dog’s aggression, prompting him to continue.

How to teach your dog not to bite

The dog from a puppy must be educated. It is essential for the balanced development of the animal that the owner is consistent and gives safety to the dog.
The puppy must be used to socializing and coming into contact with different environments and noises. He has to discover children, people, other similar animals, or other species. The puppy does not have to fear anything and must become familiar with the environment in which he lives, learning about the vehicles on the road, such as cars, motorcycles, or bicycles.

Read Also: How Many Calories Are Burned While Running?

Fear and insecurity are among the factors that trigger aggression in dogs.

The owner must be attentive to any reaction of the animal, intervening promptly. In any pursuit attempt, teach the command “no”.

Entertain the animal with games, stimulating its curiosity. The dog has to discharge his energy. It doesn’t have to accumulate too much boredom or frustration.

How to be a leader with the dog

Rather than using the word “domination” in the relationship with the dog, it is better to speak of “leadership” or ” who commands “. Some breeds, for example, the Abruzzese Sheepdog, do not accept domination and command. It is a breed that for centuries has had to make decisions autonomously for the protection of the flock. For this reason, in the case of Abruzzese shepherd dogs, we speak of collaboration, of an equal relationship. However, even in this case, it is important not to “dominate” the animal, but to show its leadership.

The leading role in the life of the dog passes through consistency.

This means maintaining a balanced behavior with the dog. No violence, beating, yelling, or showing physical strength to “scare the dog” is counterproductive.

The leading role of the owner is to show the animal’s decision. Safety, and reliability. Being a leader means that the dog can trust and lean on the owner.

If the dog continues in its wrong behavior and does not respect the hierarchy between dog and owner. The support of a dog expert, such as an educator, may be necessary.